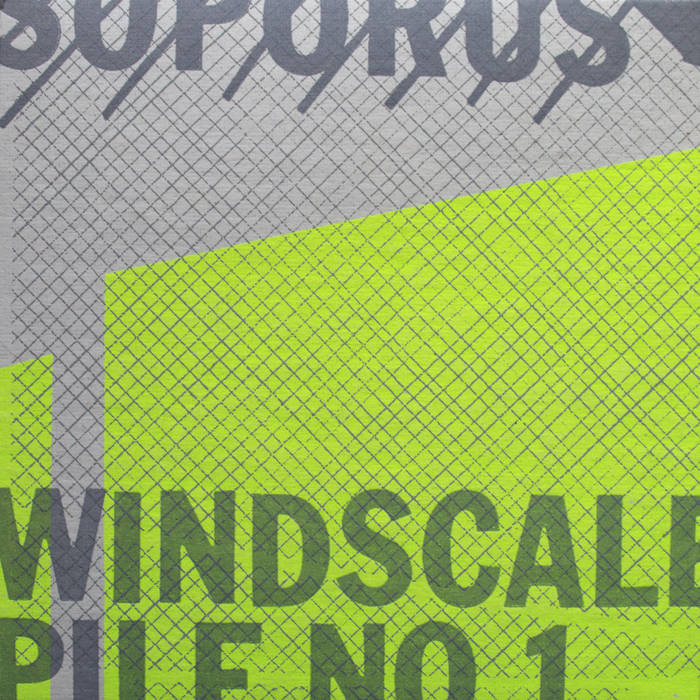 Matt Nichols believe it or not, this group introduced me to ambient music (before eluvium, stars of the lid, even b. eno), so i feel indebted to them on many levels. their early material ranks among my all-time favorites, and i'm pleased to say that this long-awaited follow-up reaches those same heights: fascinating both conceptually and sonically. serene lullabies echoing back into history, transporting to far-off locales, all while centering us here and now. these guys deserve to be far more widely known! Favorite track: Windscale Pile No. 1 Pt. II.

As their Soporus project ticks past 15 years and guitarist Matthew Stone and bassist William Stichter approach 40 while raising families, buying houses, and starting businesses, they’ve put together another album, once-again supported by lifelong-friend Scott Hatch’s Philadelphia-based Burnt Toast Vinyl label (the cassette version is released by the Philadelphia brewery run Crime and Punishment Packaged Goods cassette label). Soporus was founded as a side-project from their time together in the post-rock instrumental band Saxon Shore; slowly and quietly, they began to build their catalog of shoegaze-inspired, ambient drone music that has informed the core of who they are as musicians and as humans. Windscale Pile No.1 follows their debut ep, Atómové Elektrárne (2005), and their full-length, 24,110 (2008), on BTV, alongside a slew of digital releases and compilation appearances as well as a handful of soundtrack projects that all form a body of work that is both tightly crafted and widely varied; a chronicle of their explorations of sound and technique. Thematically, Soporus is informed by ideas of memory, family, and humanity's attempts to harness nuclear power. Yes, nuclear power–and in particular, the tightrope walk of calmly harnessing potentially disastrous reactions at nuclear power plants–has continued to provide the duo with inspiration, springing from a childhood in the Cold War era and central Pennsylvania roots in the shadow of Three Mile Island. Windscale Pile No.1 is no different; the title refers to the 1957 fire at the reactor facility in northwest England–Great Britain’s worst nuclear accident, and the titular tracks show Soporus at their most elegantly composed (Pt. I) and generative (Pt.II). A Clear View of Three Mile From On Top of Governor Dick Tower, a spare and haunting solo guitar piece, describes the sightline from near Stone’s childhood home to the nuclear facility south of Harrisburg, PA, inspired by a New Year's walk with his daughter, gazing upon Three Mile Island from the mountainside at sunset. Ahmadi-Roshan is slow-moving, noisy and melodic and the track is named for the assassinated Iranian nuclear scientist whose death at age 32 left a family behind. An Elegy for Voyager is a subtly glacial drone evoking Stone’s personal sorrow as we near the end of the lifetime of the Voyager mission, knowing that the greatest achievements of humanity will be drifting through space, alone and silent, for an incomprehensibly long time. The descriptions and comparisons may seem extravagant, but the music hangs right with them, inviting the listener to pause and take a moment of immersion and contemplation.

Bandcamp Daily  your guide to the world of Bandcamp

Featured sounds from Fly Lo and Ahmed Idris, plus Mother Nature hops on to drop off new project